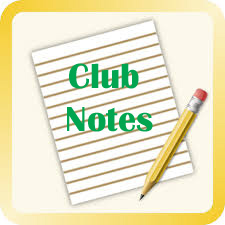 CONNACHT SCÓR:
Congratulations to the Corofin GAA Ceoil Uirlise – Instrumental Music Group, who won the Connacht Scór na nÓg in Claremorris on Sunday. The musicians in the group are Patrick Egan, Ryan Buckley, Katie Harte, Eimhin Mulligan and Caoimhe Kelly. This group along with some friends played at the recent ‘Night of Celebration’ held in the Clayton Hotel. The group now go forward to the All-Ireland Scór na nÓg Finals in its 50th anniversary year. The finals take place in the Royal Theatre, Castlebar on Saturday 16 February. This is the same day as the All-Ireland semi-final versus Gaoth Dobhair.

FBD WIN:
Congratulations to Galway footballers who had an exciting win over Mayo in the FBD semi-final played in Tuam on Sunday. Four of our Club players took part in the game, namely Liam Silke, Kieran Molloy, Dylan Wall and Michael Farragher. The game finished 1-9 each and was decided on a penalty shoot-out which Galway won by 4 goals to 2. Liam Silke scored the first of the four Galway goals. Galway play Roscommon in the FBD final on Sunday in Tuam Stadium with throw in at 1.30 pm.

CLUB SEMI FINAL:
The All-Ireland Senior Club semi-final in which Corofin play Gaoth Dobhair (Donegal) has been fixed for Páirc Seán Mac Diarmada, Carrick-on-Shannon, for Saturday 16 February with throw in at 1.30 pm. Extra time will be played if necessary.

MEMBERSHIP:
Club membership is now due for renewal. This can be done by logging in to the Club Website or on the MCF App available for iPhone or Android. Please note that to ensure compliance with General Data Protection Regulations (GDPR) members must accept a number of terms and conditions when completing their application.

UNDER 6 TRAINING:
Under 6 coaching (children born in 2013 or sooner) will start on 23rd February in Belclare Astroturf at 10.00 am. Parents / guardians can register using the details above. This particular age group needs a significant number of coaches. The Club would welcome you becoming involved and provide an opportunity to complete all courses and Garda vetting requirements. If you are interested in being a coach for this group contact Brian Mc Donald on 0872857044 for further information.

SYMPATHY:
The club offers its sympathy to the families and friends of Margaret (Madge) Fahy, Kilcurriff and Thomas Nicholas, Kilcahill, farther of Karen Skerritt who died recently. May they rest in peace.