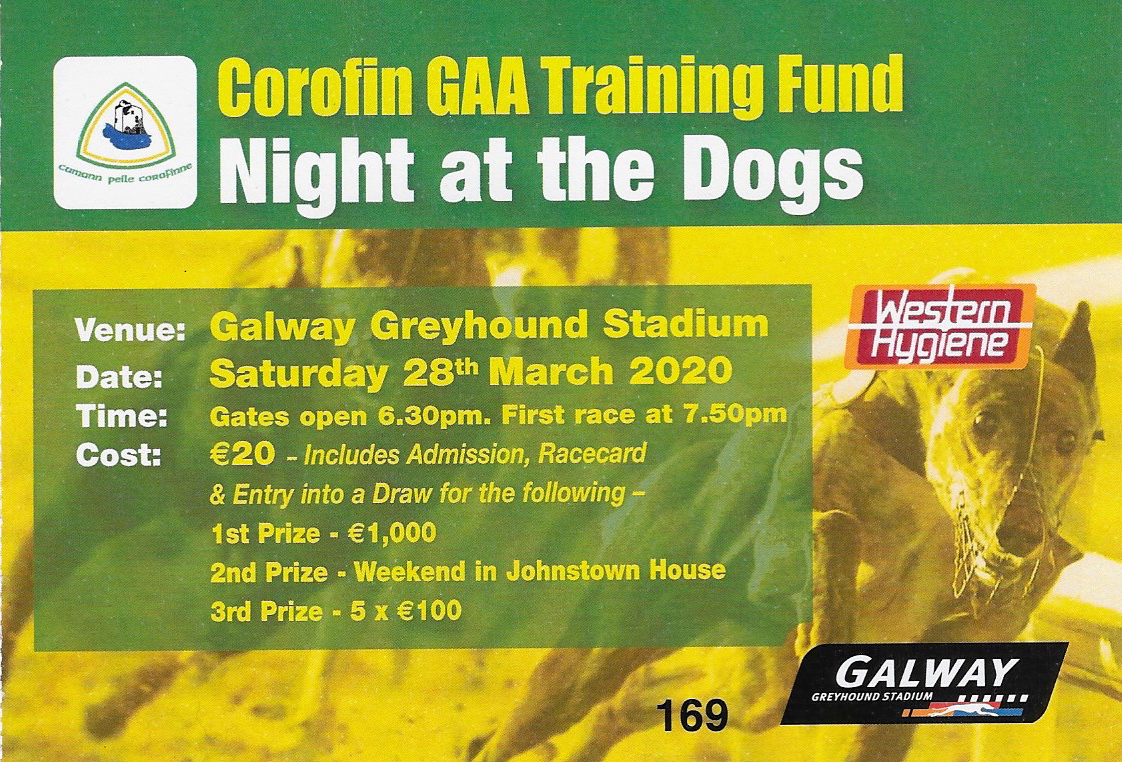 As you are aware our Fund-raising event, namely a Night at the Dogs scheduled for the end of March, was cancelled.

Many people had purchased tickets for the event and would have been included in a draw for prizes.

The club will proceed with an equivalent draw for the advertised prizes shortly.

The current plan for the Ticket draw is that the draw take place after Club meeting on Tuesday 12 January, probably in St Colman's Room in Corofin.

Best wishes to all supporters in that draw.

“Night at the Dogs” Draw Winners

The club “Night at the Dogs” Fund-raising draw was held i...

My life every step counts for club members & non-members

My life every step counts for club members non-members Th...

The "Night at the Dogs" Ticket draw scheduled for this Tu...